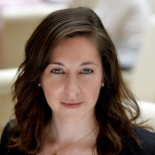 The row over whether those claiming the State pension should be given an annual uplift of what’s likely to be around 8 per cent is not just about how much it will cost the Treasury to deliver.

No, this is about fairness, particularly the perception among the young that the old had a golden set of financial advantages where they have none. The “blessed” baby boomers, on the other hand, feel seriously hacked off that they are considered a cash machine for shoring up the massively underfunded public purse.

The reality is, both factions are right and justified in the way they feel about it. Baby boomers had the opportunity to access university grants, today’s undergraduates must rack up tens of thousands of pounds in student debt to pay for fees nearing £10,000 a year.

Baby boomers bought their homes when house prices and earnings were reasonably aligned and then benefited from stratospheric house price inflation leaving them with hundreds of thousands of equity in their homes.

Today’s 20-somethings are shelling out up to 80 per cent of their monthly income on rent, preventing them from saving towards homeownership, which they probably won’t achieve because their incomes are a tenth of the average house price.

Boomers get gold plated pensions; millennials not working in the public sector get 3 per cent from their employer into a pension pot unlikely to fund their increasingly long (or short given the rise in State pension age) retirements. And that’s if they even have a job.

On the flipside, today’s yoof didn’t live through the three-day week, closure of the mines, interest rates over 17 per cent, electricity blackouts, the winter of discontent and economic paralysis in the yolk of powerful union action. No, today’s youth have better access to education, university, technology and wealth – in spite of appearances – than any before.

Steve Webb, former pensions minister and an academic by training, is working on how to untangle some of this mess.

“Giving while living” is something for all of us to consider more seriously in his view. “If someone lives to 90 and only passes on their wealth at death, the chances are that their children will be aged around 60 and perhaps contemplating retirement themselves,” he tells i.

“While inherited wealth will always be welcome, it could have done more for the recipient while they were building a career, buying a home or paying for education.

“A cash inheritance early in their working life could make a real difference to a young person who is at the beginning of their career or looking to start a family.”

All that housing equity could be redeployed into the economy, he argues, providing better financial equality with the added benefit that grandparents tend to take pleasure from seeing their family prosper.

There are challenges however. “Culturally we cling on to our wealth, just in case,” says Mr Webb.

“It could be wanting to ensure our surviving spouse is looked after or fear over the cost of care, underlining the need to fix social care.”

But he points to 2018 research from the Institute of Fiscal Studies showing that on average individuals will draw down just 31 per cent of their net financial wealth between ages 70 and 90.

“Giving while living has the power to do so much good for both generations, I want to open that debate up and talk about how people might be offered incentives to bequeath earlier and to younger generations,” adds Mr Webb.

Demand for equity release qualifications up by a quarter | Financial Reporter

The benefits of getting a reverse mortgage